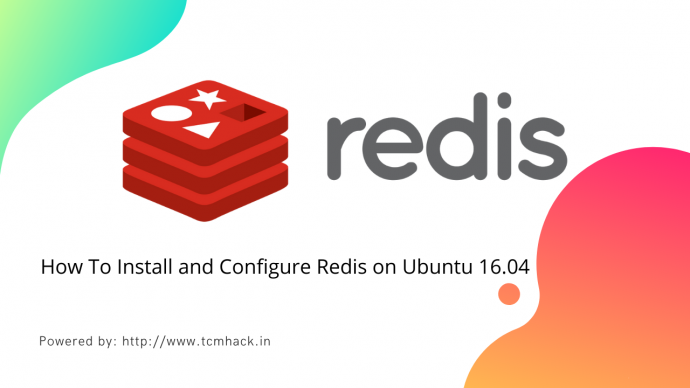 Redis is an in-memory key-value store known for its flexibility, performance, and wide language support. In this guide, we will demonstrate how to install and configure Redis on an Ubuntu 16.04 server.

To complete this guide, you will need access to an Ubuntu 16.04 server. You will need a non-root user with sudo privileges to perform the administrative functions required for this process. You can learn how to set up an account with these privileges by following our Ubuntu 16.04 initial server setup guide.

When you are ready to begin, log in to your Ubuntu 16.04 server with your sudo user and continue below.

Install the Build and Test Dependencies

In order to get the latest version of Redis, we will be compiling and installing the software from source. Before we download the code, we need to satisfy the build dependencies so that we can compile the software.

To do this, we can install the build-essential meta-package from the Ubuntu repositories. We will also be downloading the tcl package, which we can use to test our binaries.

We can update our local apt package cache and install the dependencies by typing:

Next, we can begin to build Redis.

Since we won’t need to keep the source code that we’ll compile long term (we can always re-download it), we will build in the /tmp directory. Let’s move there now:

Now, download the latest stable version of Redis. This is always available at a stable download URL:

Unpack the tarball by typing:

Move into the Redis source directory structure that was just extracted:

Now, we can compile the Redis binaries by typing:

After the binaries are compiled, run the test suite to make sure everything was built correctly. You can do this by typing:

This will typically take a few minutes to run. Once it is complete, you can install the binaries onto the system by typing:

Now that Redis is installed, we can begin to configure it.

To start off, we need to create a configuration directory. We will use the conventional /etc/redis directory, which can be created by typing:

Next, we can open the file to adjust a few items in the configuration:

In the file, find the supervised directive. Currently, this is set to no. Since we are running an operating system that uses the systemd init system, we can change this to systemd:/etc/redis/redis.conf

Next, find the dir directory. This option specifies the directory that Redis will use to dump persistent data. We need to pick a location that Redis will have write permission and that isn’t viewable by normal users.

We will use the /var/lib/redis directory for this, which we will create in a moment:/etc/redis/redis.conf

Save and close the file when you are finished.

Next, we can create a systemd unit file so that the init system can manage the Redis process.

Create and open the /etc/systemd/system/redis.service file to get started:

Inside, we can begin the [Unit] section by adding a description and defining a requirement that networking be available before starting this service:/etc/systemd/system/redis.service

In the [Service] section, we need to specify the service’s behavior. For security purposes, we should not run our service as root. We should use a dedicated user and group, which we will call redis for simplicity. We will create these momentarily.

To start the service, we just need to call the redis-server binary, pointed at our configuration. To stop it, we can use the Redis shutdown command, which can be executed with the redis-cli binary. Also, since we want Redis to recover from failures when possible, we will set the Restart directive to “always”:/etc/systemd/system/redis.service

Finally, in the [Install] section, we can define the systemd target that the service should attach to if enabled (configured to start at boot):/etc/systemd/system/redis.service

Save and close the file when you are finished.

Now, we just have to create the user, group, and directory that we referenced in the previous two files.

Begin by creating the redis user and group. This can be done in a single command by typing:

Now, we can create the /var/lib/redis directory by typing:

We should give the redis user and group ownership over this directory:

Adjust the permissions so that regular users cannot access this location:

Now, we are ready to start the Redis server.

Start up the systemd service by typing:

Check that the service had no errors by running:

To test that your service is functioning correctly, connect to the Redis server with the command-line client:

In the prompt that follows, test connectivity by typing:

Check that you can set keys by typing:

Now, retrieve the value by typing:

You should be able to retrieve the value we stored:

Exit the Redis prompt to get back to the shell:

As a final test, let’s restart the Redis instance:

Now, connect with the client again and confirm that your test value is still available:

The value of your key should still be accessible:

Back out into the shell again when you are finished:

Enable Redis to Start at Boot

If all of your tests worked, and you would like to start Redis automatically when your server boots, you can enable the systemd service.